Norman was a junior at the University when soldiers from the Ohio National Guard killed four students and wounded others during a May 4, 1970 protest. Norman was present at the protest and was photographing the demonstrators for both the campus police and the FBI, a fact that was initially denied by both agencies but later confirmed.

After the shooting, Sylvester Del Corso, the Ohio National Guard’s top general, released a public statement claiming that Norman had admitted firing four shots at the demonstrators in self-defense. He later backed off from that statement.

There were several reasons why Norman was suspected of starting the tragedy:

The gun in Terry Norman’s possession on May 4, 1970 was purchased by the Akron Police Department. It was allegedly sold to Norman by a police officer.
* See page 36, 37 of Section 38 FBI document.

Terrence B. Norman currently resides at 389 Cascade Trail, Pisgah Forest, NC 28769. Recent attempts to communicate with him regarding his role in the assassination of four Kent State students have been unsuccessful.

Michael Kuzma, a local lawyer, filed a federal court lawsuit seeking the release of FBI documents related to the Kent State shooting and the people, known and unknown, behind it.

The suit, filed on the anniversary of the bloodshed, seeks documents related to former FBI informant Terry Norman, the Kent State student who was carrying a pistol that day.

The FBI has already released a significant amount of documents regarding the campus shooting, but Kuzma insists there may be more that needs to be unearthed. He thinks Norman, whom the FBI has acknowledged was an informant, is the key to filling in the gaps.

“Why did he have a gun?” Kuzma asked. “We want to know to what extent the FBI controlled his actions that day.” 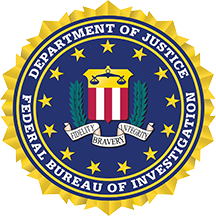 Judge John Tinder then sentenced Norman to 50 months imprisonment followed by three years of supervision, and ordered him to pay Anacomp $300,000 in restitution.

Norman’s wife, Kathleen B. Norman — also a former Anacomp employee — pleaded guilty to three counts of money laundering and received a sentence of 15 months imprisonment, followed by three years of supervision. She also was ordered to pay $147,414 in restitution to Anacomp.

Terrence Norman, who was in charge of Anacomp’s telecommunications system, has admitted orchestrating the creation of two fictitious businesses that submitted fake invoices to Anacomp, the U.S. Attorney’s office said. The invoices were then approved for payment.

A third defendant, Kingdon B. Blabon, of San Diego, Calif., has also been charged with conspiracy in the case and is expected to plead guilty next January, said assistant U.S. Attorney Sharon M. Jackson.

Trigger of Kent State shootings is at heart of lawsuit seeking FBI documents
BUFFALO NEWS
By Phil Fairbanks
May 7, 2016

Kent State shootings: Does former informant hold the key to the May 4 mystery?
CLEVELAND.COM
By John Mangels
December 19, 2010

Who is Terry Norman?
KENT WIRED
By Taylor Rogers and Emily Inverso
Nov 16, 2010

National Geographic’s “How It Was: Death at Kent State.”
American soldiers shoot four protesting American students at an American university, and a nation erupts.
* Terry Norman Content Begins at 14:16 Mark.

Project Censored (Premiered May 9, 2016)
Look back at the Kent State massacre, now 46 years old. The guests are Laurel Krause, sister of shooting victim Allison Krause, and founder of the Kent State Truth Tribunal, and activist-attorney Michael Kuzma. They discuss recently-discovered evidence, as well as Kuzma’s FOIA lawsuit to obtain documents which could illuminate the FBI’s involvement.